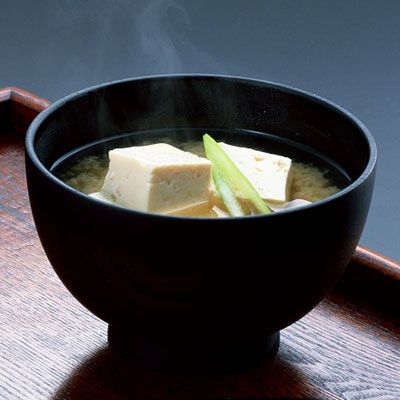 Miso soup helps your body to get rid of harmful radioactive waste. A compound known as Dipicolinic Acid attaches itself to heavy metals and radioactive strontium and carries them out of the body. During the 1945 atomic bombing of Nagasaki in Japan, clinic workers drank miso soup regularly, which may have helped them to avoid severe symptoms of radiation.  Cooking tips: Never boil miso as the boiling process will destroy its nutrients. Instead, add miso paste to your soup after it has been removed from direct heat.