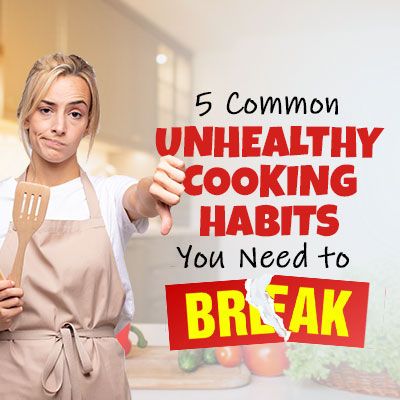 We tend to overlook the importance of good cooking habits. However it’s often the little things that can result in food-related illness. Here are 5 common unhealthy cooking habits you need to stop, to keep your family safe and healthy!

1. Putting the ingredients into the frying pan after it smokes

Smoke point is the temperature at which the oil can withstand heat before it becomes overheated and turns toxic and cancer-causing. Different oils have different smoke points. For example, sunflower oil starts to smoke and deteriorate at about 107 degrees Celsius, while coconut oil does not start to smoke until 232 degrees Celsius. When you put food into the pan after the oil smokes, the food is easily oxidized and loses its nutrients.

It is recommended to pour some water into the pot and boil the water before adding oil into it. Stir-frying with oil and water will keep the temperature at around 100 degrees Celsius, which is just about the smoke points of many commonly used oils. 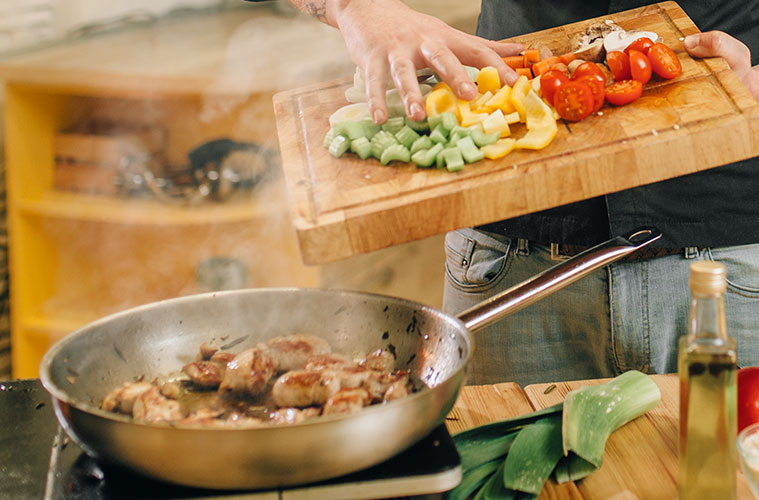 2. Cooking the next dish without washing the pan

Always wash your pan before cooking the next dish. The food residues that are left in the pot from the previous cooking will undergo repeated heating. This may produce harmful substances which increases the risks of cancer. 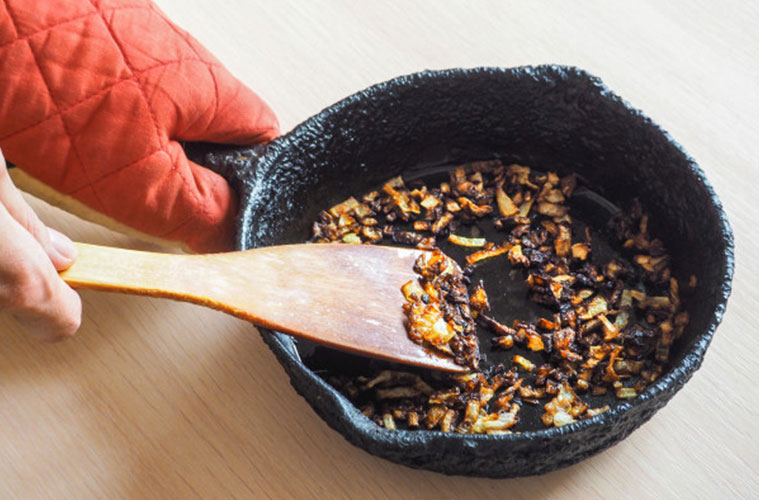 Some people tend to save used oil for the next cooking. This is not recommended as the oil would have deteriorated with many carcinogens. Repeated heating and recycling used and oxidised oil will cause more production of carcinogen (cancer-causing compounds). 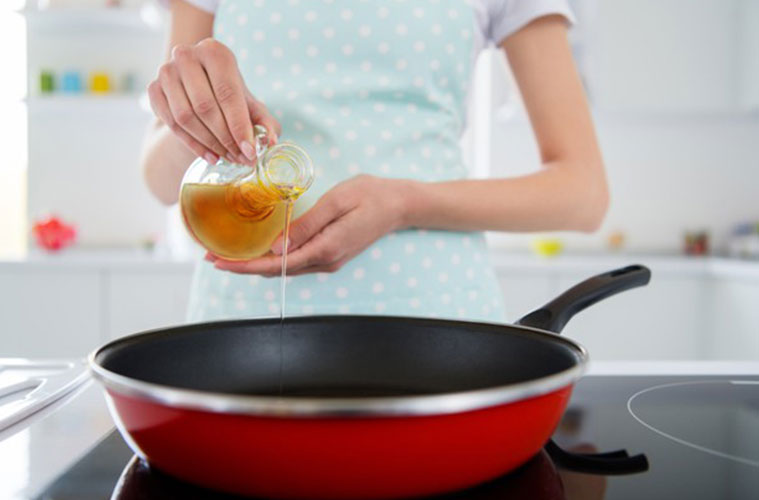 4. Not using a kitchen exhaust fan or range hood

The kitchen is often the most polluted area in the house. The harmful substances produced from cooking a meal can be as much as smoking several packs of cigarettes. Many non-smokers had been diagnosed with respiratory diseases such as lung cancer, chronic pharyngitis, rhinitis, and bronchitis, their conditions are correlated to   cooking fumes.

There are 300 types of harmful substances in high-temperature oil fumes, such as polycyclic aromatic hydrocarbons, benzopyrene, crotonaldehyde and other carcinogens, which are closely related to the pathogenesis of cancer. 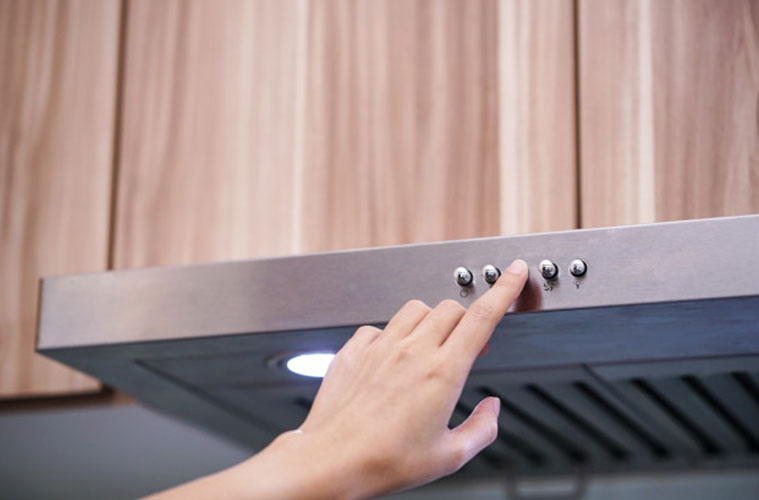 In order to maintain the nutritional value of food, it is best to avoid high-heat cooking, especially when cooking  vegetables. We eat vegetables for their antioxidant properties and nutrients. Improper cooking methods may turn the natural ingredient of vegetables, acrylamide, into carcinogens.

Vegetables such as broccoli, asparagus, onions, potatoes, squash, and radish should avoid high-temperature frying and roasting. It is recommended to cook them either in water or steam them to get healthy and reliable nutrition. 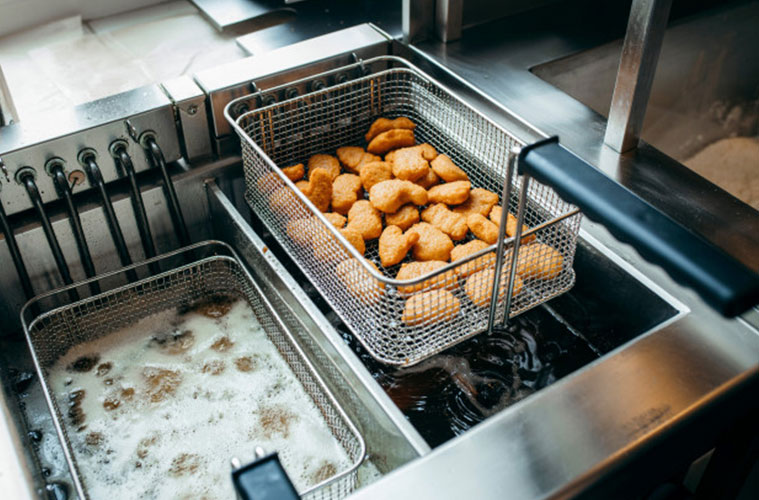 In order to enjoy home-cooked foods, you may like to consider a healthier cooking oil:

A good culinary oil that is healthy for the family should be unrefined, have a high smoke point and a high nutritional value. LABO Camelina Oil is 100% unrefined, cold pressed and has a high smoke point of 245°C, which suits all types of cooking including grilling and deep-frying. It is a treasure trove of nutrients, containing essential Omega-3 (about 38%) and Omega-6 fatty acid, at an ideal ratio of 2:1. Excessive amounts of omega-6 content promotes inflammatory response in the body which may lead to health problems such as arthritis and heart disease. Camelina Oil’s omega-6 content is at a healthy level. It also contains Omega-9 and plant sterols, making it the healthiest culinary oil available in the market. 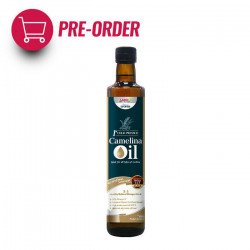 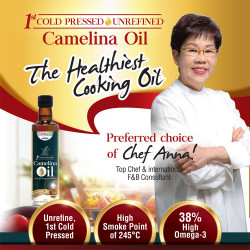 Hot -20 %
Camelina Oil - PREORDER
Oil is essential to our daily diet. It makes food taste delicious and assists our body in the absorption and assimilation of food and nutrients. Essen..
S$18.59 S$23.27
Add to Cart
Add to Wish List
Buy Now Ask Question

sexual wellness skin and beauty women's care healthy lifestyle specific concern immune health dental health weight and diet diabetes management joint health heart health liver health gastrointestinal health men’s care brain health eye care hair care
This site uses cookies to improve your experience and help us understand how our site is being used. For more information on how Lifestream Group uses this information, go to our Privacy Policy. By continuing to use our site you consent to the use of cookies.
{literal} {/literal}