Best Foods for Healthy Lungs and Those to Avoid 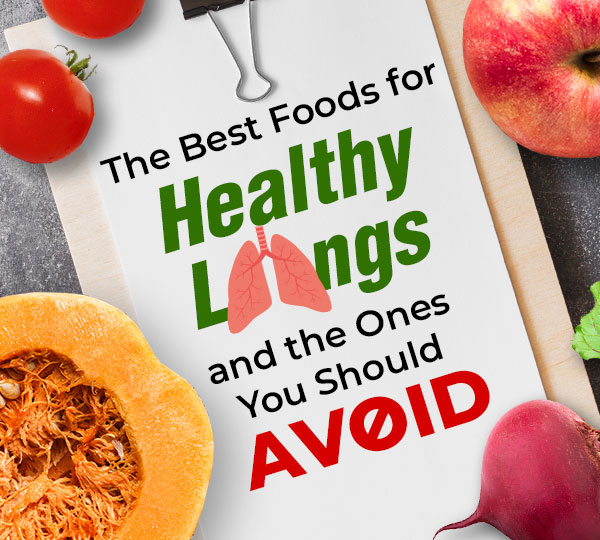 The health and functioning of the lungs are affected by many factors. In particular, environmental pollution by exhaust gas from automobiles and motorcycles or smoke from burning things can stimulate the lungs, affect lung ventilation, and reduce lung function.

Research has shown that you can help protect your lungs, reduce lung damage and symptoms of disease by simple lifestyle changes such as subscribing to a nutrient-rich diet. Specific nutrients and foods have been identified to be beneficial for lung function, especially during this pandemic. Here are some foods that may help boost lung function and the ones to avoid.

Deep-sea fish are rich in OMEGA-3 fatty acids, which can help to fight inflammation, increase respiratory resistance and prevent oxidative stress in the lungs. Consuming omega-3-rich fish may be particularly beneficial for people with inflammatory lung diseases like Chronic Obstructive Pulmonary Disease (COPD). A 2020 study found that a higher intake of omega-3 fats was associated with reduced COPD symptoms and improved lung function. What’s more, consuming an omega-3-rich diet may help reduce symptoms in people with asthma.

Pumpkin is rich in carotenoids, including beta-carotene, lutein, and zeaxanthin, which are all powerful antioxidants and have anti-inflammatory properties. Beta-carotene in pumpkin is the first line of defense in the respiratory mucosa and may help improve upper airway resistance and relieve symptoms of bronchitis and asthma.

Research has shown that regular consumption of apples may help promote lung function. Apples contain a polyphenol called Quercetin, especially in apple peels. It is generally considered to be a natural antihistamine. Moderate intake can relieve the phenomenon of tracheal allergy and synergistically protect the respiratory tract.

Beetroot and beet greens have been shown to benefit lung function by relaxing blood vessels and optimizing oxygen intake. Beets are also packed with vitamins and nutrients like magnesium and potassium that promote lung health.

Foods that are bad for the lungs:

Nitrates are often added to cured meats and cold cuts to extend the shelf life of these products. However, nitrates have been found to lead to an increase in COPD-related hospital readmissions.

Many fried foods such as French fries and onion rings contain unhealthy fats that may result in bloating and discomfort by pushing on the diaphragm. In addition to the lung discomfort caused by bloating, regular consumption of fried foods over time can lead to higher cholesterol levels and weight gain. For people with lung disease, these symptoms may worsen.

Casomorphin which is the process of dairy products being digested and broken down by the body is known to increase phlegm and mucus production. This may result in increased coughing, which can cause wheezing and pain in COPD patients.

Bioactive Organic Cordyceps Ultra provides unprecedented ≥ 60% of total polysaccharides, ≥ 20% of 1-3, 1-6-beta-glucan (one of the highest in the market) and extremely low level of ≤ 2% of unessential alpha-glucan. In addition, it is non-GMO, USDA-certified organic, DNA-certified authentic, third-party tested and produced in FDA-certified Good Manufacturing Practice (cGMP) facility. With the combined healing properties of multiple mushroom extracts, Bioactive Organic Cordyceps Ultra provides a wide spectrum of health benefits that each mushroom has to offer. It helps to support respiratory, cardiovascular, kidney, liver and lung health. 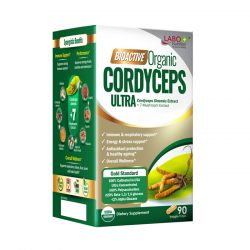 -25 %
Bioactive Organic Cordyceps Ultra
Not all cordyceps products are made from 100% real mushrooms and hence do not contain the true, beneficial polysaccharides which they claim to provide..
S$52.90 S$70.50
Ex GST:S$48.98
Add to Cart
Add to Wish List
Buy Now Ask Question